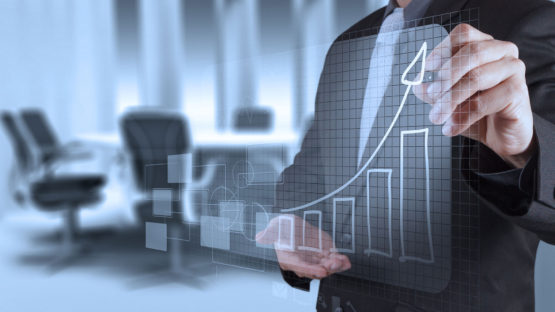 MBA Consulting Indonesia is a part of the international group MBA Consult, one of the market leaders at NPL-management in Europe, CIS and Asian region. The company celebrated the fourth anniversary of its entry into the Indonesian market.

The active development of Indonesia’s economy in recent years has given impetus to the growth of the consumer market, which led to a high growth rate of retail lending.

The development of financial services, the increase in lending to the population contribute to a significant increase of the overdue debts volume, which was and now is a serious threat to the macroeconomic stability of the national economy and has a negative impact on the liquidity of the banking system of Indonesia.

The overdue debts’ problem in the retail banking sector is the cause to increase in the volume of reserves, Bank expenses and, therefore, an increase in the cost of lending to households. This situation can be impact to a slowdown in lending to reliable borrowers and, as a consequence, a gradual decrease of the economy’s growth of the Indonesian Republic.

Like any other country in the world, Indonesia has gone through a difficult period of the NPL-Management market’s formation. Having started its history in the 1990s and up to 2012, the collection industry of Indonesia existed in a legal vacuum. The situation gave rise to numerous problems in the relationship between collectors and debtors and caused active public debates. In 2012, the Central Bank of Indonesia took under the control this sphere of activity.

In 2012, the Central Bank issued the first special circular“Surat Edaran Bank Indonesia No. 14/ 17 /DASP”, which marked the beginning of regulation of the collectors’ activity, and in 2017, there was issued special circular “Surat edaran otoritas jasa keuangan nomor 11 /SEOJK.03/2017”, which established clear rules for collection activity and collection Code of conduct.

For 4 years of work in Indonesia, MBA Consulting has achieved significant growth:

— During the period of activity, more than 77 bln Indonesian rupees (It’s more than $5.5 mln) were returned to the economy of Indonesia. The increase in the volume of collection in 2018 amounted to 63%, compared to 2017;

— Clients of the Company are the largest banks of Indonesia.

MBA Consulting Indonesia is developing the debt collection industry, which operates within the framework of strict compliance with the Laws and the Code of ethics. And the company is striving for to convey to the banking community the importance of debt outsourcing: even in ideal situations, debt collection is a long process that requires significant costs and operational expenses. Therefore, it often happens that the credit growth is accompanied by measures for rapid recovery of outstanding debts, in order to control risks and to insure assets.

In 2018, according to the Financial Services Authority of Indonesia, total lending grew by 12.4% year-on-year, that is 4.4 percentage points higher than in 2017. At the same time, the expected growth rate in 2019 is even higher. The highest growth rates were observed in the retail lending segment, which is growing at a faster pace. The recovery in demand for loans is taking place against the backdrop of low inflation and rising consumer spending. At the same time, according to experts of the Indonesian banking market, the demand for consumer loans has just begun to grow.

In the context of credit growth, it is particularly important to control the risks and quality of credit portfolios in order to prevent a sharp increase in the volume of NPL, which can threaten the liquidity of the banking sector and put at risk the growth rate of the national economy. And if in 2018 the share of overdue loans in the banking system of Indonesia decreased to 2.2% from 2.59% in 2017, the high growth rates of lending without strict risk control and the level of overdue debt in loan portfolios can cause a new growth in the share of NPL.

MBA Consulting Indonesia sees its special mission in the formation of the Indonesian debt collection industry, which is based on three main principles: the ethics of collection, strict compliance with the laws and the use of the latest technologies. Viktor Vodenko, the Global CEO of MBA Consult said: «The civilized debt management industry should become an integral part of the financial sector and play an important role in supporting the growth of the national economy.»